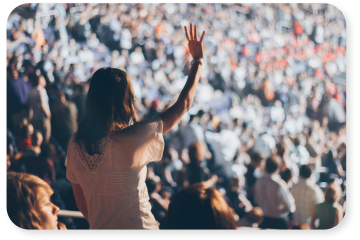 Sometimes when I think I've seen and heard it all, sweet irony serves up another life lesson. Sometimes these lessons are about separating the political from the practical or the spin from reality.

This past year OPSEU along with the United Steelworkers District 6 publicly championed a more cooperative approach to addressing Ontario's economic challenges.

Our request was made in hopes of bringing together the brightest and the best from business, labour, government and the community. The mission was to collaborate and to provide solutions. We hoped this would get the parties out of their all too familiar positions to a common ground. This would help Ontario regain the road to recovery and prosperity.

Shortly after, the governing Liberals announced a Jobs and Prosperity Council. That's the good news. The bad news is that other than a lone labour voice, that group was comprised entirely of business types. In fact, it was headed by Gord Nixon, the Chair of the Royal Bank of Canada (RBC).

Well, needless to say, not much happened with the Council. The province's political minds were instead directed to prorogation and the Liberal leadership contest. Meanwhile, Ontarians languished, waiting for a signal that a practical plan for recovery was being developed.

We are still waiting. Given this week's news regarding abuses of the temporary foreign worker program we will wait much longer.

It seems the Job and Prosperity Council Chair was more concerned with the prosperity of his own corporation than the needs of the majority of Ontarians.

Then, news that Mr. Nixon's RBC displaced 45 Canadian workers with foreign workers, hit the media. Worse yet, the RBC expected the displaced workers to train their replacements. Corporate tax breaks and billions in profits were not enough to stop RBC from looking for more savings, more profit. And as usual, the added profits were to come on the backs of hard working Ontarians. What an insult!

I would like to say this news came as a surprise. But it didn't.

In analyzing Ontario's economic race to the bottom, we've witnessed rampant outsourcing, the use of temporary foreign workers, offshore accounts containing billions and cash rich corporations hoarding rather than reinvesting huge sums. These accounts were built with money that rightfully should be working in our economy; money that should be going to job creation, taxes, infrastructure and the growth of a more civil society.

And what is our government's response? The Harper Tories now allow corporations to hire temporary foreign workers at a 15 per cent discount. They remove requirements for employers to first demonstrate they have tried to fill the positions with domestic workers. Finally, the government now checks just one of five applications received for temporary foreign workers to assure the few remaining steps are being respected by the applicants.

So while Harper shed crocodile tears over the loss of Canadian work, his most recent budget caused the loss of 28,000 public service workers. What made his tears even more astounding was the fact that government agencies are also listed as employers of foreign workers through the Temporary Worker Program. Talk about leading by example.

So what of Ontario? The Wynne Liberals have a choice to make. They should dismiss Mr. Nixon as Chair of the Jobs and Prosperity Council and put together a team that really cares about Ontario, its families and communities.

One caveat for that search: bankers need not apply. Let's not forget who got us into the current economic mess to begin with.

View all President's Messages: 2009 to Current